The Cost of Transformer Failure in Manufacturing 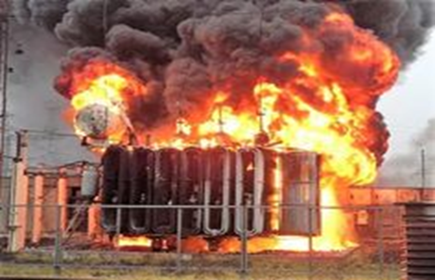 Recent surveys have reported the cost of a single hour of manufacturing downtime to be anywhere between $500,000 and $5 million, The survey participants were very large, high-volume manufacturers in automated industries such as automotive, steel, chemical and pharmaceuticals.  The estimates of hourly downtime costs were reported by respondents to the surveys without definitions, supporting details or analysis.  Accepting these numbers at face value for the survey population and  methods employed, they are not representative of the manufacturing sector as a whole and would be a misleading benchmark for the majority of manufacturing firms that own power transformers.

In this post we describe a simple approach to estimating the cost of a transformer failure in manufacturing, based on the associated downtime and the value of lost production.  Two hypothetical examples are presented with realistic calculations to illustrate the magnitude and importance of downtime cost.   This  method could be used by any manufacturing firm to estimate the corresponding cost of a transformer failure in its own operations.  The critical cost control factor is the time to restore power after a failure, and several strategies for minimizing downtime are recommended.

A Simple Method of Estimating the Cost of a Transformer Failure

A continuous process manufacturer operates 24/7 for 52 weeks throughout the year, with 10 days of scheduled downtime for maintenance and line changeovers.  The total available production time in a year is  24 x 355 = 8520 hours per year.  Assume that following a transformer failure it takes 5 days to find and order a suitable replacement, receive it, install it and power it up. The resulting production downtime is 5 x 24 = 120 hours.  This is 120/8520 = 1.4% of their annual production capacity, lost forever.  Its monetary value depends on the value of the company’s production that relied on the failed transformer.  For example:

Even if the failed transformer powered only a section of the production line, its failure would disrupt the flow of work and soon force upstream and downstream sections to shut down.  The value of lost production could be that of the entire line.

Although the chances of a 20-year old power transformer failing are small, the financial consequences for the company can be quite large if it does.  A continuous process manufacturer may not be able to make up the lost production time and related costs. There are no more productive hours in the year.

A discrete process manufacturer operates one 8-hour shift per day, 5 days per week for 52 weeks, with 10 holidays off.   The total available production time in a year is 52 x  40 – 80 = 2,000 hours.  Following a transformer failure with the same recovery time as in Example #1, the production downtime will be 40 hours, which is 2% of  the company’s annual production capacity.  Its monetary value  depends on the value of the company’s production that relied upon the failed transformer.  For example:

A discrete process manufacturer has more flexibility in responding to a power outage.  If the transformer failure affected only part of the operations, the rest may be able to continue.  Even if a failure shuts down the entire facility, the company may be able to get back on schedule through overtime work or adding a temporary second shift.  But the direct and indirect costs incurred, and profits earned during the shutdown are lost. Unanticipated cost hits of this magnitude can be catastrophic to a small or medium size company, suggesting a need for contingency planning.

In manufacturing, the critical cost factor in a transformer failure is the time it takes to restore power and resume production.   A 5-day recovery time is not unrealistic for a company that has not planned for a transformer failure.  However, there are several ways to minimize this downtime.

How to Minimize Downtime Due to a Transformer Failure

Investing in redundant equipment and infrastructure is the most effective method. Downtime can be eliminated by installing parallel transformers. When one  transformer fails, load is switched to the opposite ended transformer. The fault is then investigated and repaired, or the transformer is replaced off-line.  This level of investment can be readily justified by high-volume high-value continuous process manufacturers, and many of them have done it.  But not all.

A simpler and less expensive method is to purchase backup transformers and store them on site.  Downtime then can be reduced to the time required to install, which could be 1-2 days depending on the availability of installation crews. This approach works well if the facility uses only a few different sizes of transformers and has adequate storage space.  Backup transformers are replaced as needed. We know of some companies that do this, but it is not a widespread practice.

A growing practice in facilities management is planned replacement of aging electrical equipment when it approaches its useful life. The advantages of planned replacement are that it utilizes the “safe” economic life of equipment while avoiding the higher costs of catastrophic failure during operation. It is now common in overhead lighting, where the useful life is well known, and scheduled bulk replacement is more economical.   It is also used for mission-critical military electronics equipment.  Except for some utilities, it has not been widely practiced for distribution transformers in the United States.

Because transformers are highly reliable devices (useful lives of 15 to 25 years with low maintenance), their operation is often taken for granted . Failures are quite rare and come as unwelcome surprises.  Reliability engineering for power transformers is still in the research stage, and the amount of publicly available data on transformer failure rates is insufficient to calculate accurate age-dependent hazard rates that would be necessary for optimum replacement planning. As failure data and reliability research improve, planned replacement of transformers may become a more common practice. 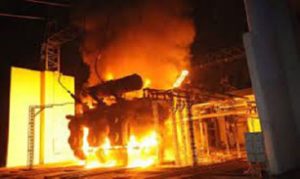 Where redundancy is not feasible and planned replacement is not practical, the default option is to wait until a transformer fails and then replace it with some urgency.    This is a common practice among small and medium-sized firms and even some large firms.

ELSCO Transformers specializes in emergency transformer replacements for dry type and padmount transformers in 500-2500 kva ratings with 4160, 12470, 13200 or 13800 primary voltages. We can usually quick ship these sizes from stock within 24-48 hours of receiving an order, complete with custom bus work if needed.

Our “plug-and-play” installation  protocol enables our replacement transformer to be installed within 4 hours of its arrival.   The total time from receiving an order to powering up the replacement transformer would be 1.5 to 2.5 days (36 to 60 hours) including delivery.   Taking the longer time of this range, ELSCO’s Emergency Transformer Replacement service would reduce the downtimes and corresponding costs of failure by half in the two examples above.  These examples show that the downtime cost savings to a manufacturer from using ELSCO’s Emergency Transformer Replacement service can easily be a multiple of $100,000.

We deliver this kind of value in emergency replacement situations by providing:

To learn more about ELSCO’s emergency transformer replacement service, visit our website at https://elscotransformers.com or call us at 800-232-9002.

To inquire about obtaining a redundant or backup replacement transformer, call us at 800-232-9002 to request a quote.